Indie Book of the Month: September 2018

This makes two months in a row that I'm late posting my book review. Sorry about that. Other parts of my life are taking too much of my attention away from reading lately. I'll find a happy balance soon, I promise.

For this month's book, I chose The Wounded World by Ariele Sieling. 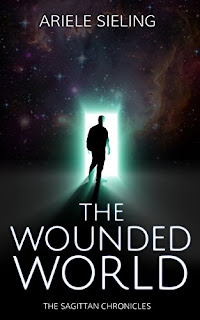 Earlier this year I reviewed All In, a prequel to The Wounded World. I can definitely detect a maturation in Ms. Sieling's writing style between this book and that one. All In features language that seems a little more polished and a little more natural. However, The Wounded World is still a quite well-written book. One based on a pretty unique and creative premise.

Readers of this book should be aware that it is soft sci-fi. That means that the science aspect is not supposed to be grounded in too much reality. There is science, yes, but there's an almost magical quality to it, making this story border a bit on fantasy. So questions of whether the events in the book could actually happen are irrelevant. Of course they can't actually happen. That's not what soft sci-fi and sci-fi/fantasy are all about.

The Wounded World is also intended to be a light read, so don't expect to go too deep into, for example, the relationship between Quin and his father or Kate and her brother. Those relationships exist to keep the plot moving along. They also make the characters feel more real by giving them some backstory, but they are not meant to be the main focus of the book.

The Wounded World is a light-hearted adventure through magical doors into unknown worlds. So if you're reading this one, just sit back and enjoy the journey. The fun of reading it is trying to guess where each new door will lead.

If you like sci-fi or adventure stories, please go check this one out on Amazon. 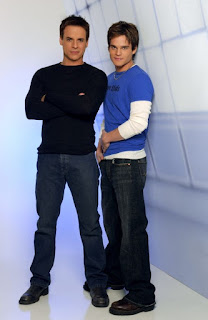 This is one from back in my soap opera watching days. This storyline from The Young and the Restless tugged on my heartstrings in ways I can't even describe. The dynamic of the older, more stable brother and the younger, troubled brother is one that always seems to pull me in. The fact that Michael's character was not exactly known for his warmth and tenderness made his affection for Kevin all the more touching. And Kevin? Well...Kevin began his sojourn on the show as a villain. Then his troubled past was revealed. If you read my blog regularly, you know I have a soft spot for male characters with a hidden vulnerability. Michael and Kevin both filled that role for me. 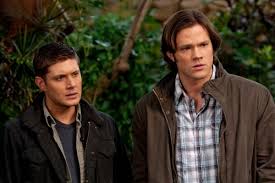 What discussion of brothers would be complete without these two? Because, as I said above, I enjoy stories about a supportive older brother lending aid to his distressed younger brother, the first two seasons of Supernatural drew me right in. After Season 2, I've really had a love-hate relationship with this show. Season 3 shifted the focus from Sam's problems to Dean's. The troubled little brother aspect was removed, and it just didn't do it for me like the first two seasons did. Yes, Sam goes through some crap in Season 4, but so does Dean (he just came back from Hell, for crying out loud) so he's not in much shape to be that solid rock I would prefer him to be. And ever since then, it's like the writer's are just taking turns. This season Sam is the vulnerable one. Next season it's Dean. And on and on and on. But Seasons 1 and 2 were something special and they are the reason these guys are on my list. 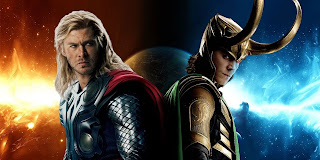 These two are my newest discovery, and I must say, I honestly wish they could be freed from the confines of the Marvel universe, where everything is kept upbeat and the focus is more on action than character development, and plopped down in the middle of an intense, poignant family drama. There's just so much complexity in this relationship, and I'd love to see it fully explored. Of course, any movie attempting to plumb the depths of this family dynamic would have to keep the same two actors. After all, good writing is only half of what makes a character great. The rest comes from the actor's ability to bring that character to life on screen. 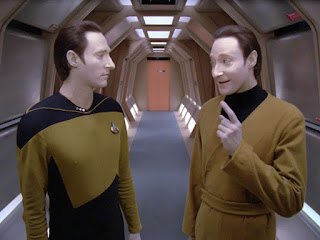 Ah, the classic evil twin story. It was only a matter of time before Star Trek: The Next Generation went there, and I'm so glad they chose Data as the character who encounters his evil twin. This is another story I wish had been given more depth. The "family" dynamic that exists here is actually quite similar to the Thor/Loki relationship, with one brother consumed with bitterness and jealousy over what he perceives as his father's favoring of the other brother. When we first meet Lore, he's presented as being purely evil, and it's Data we feel for. But when he returns, in the episode Brothers, it's Lore who breaks our hearts. I hate that he only appears in four episodes of The Next Generation. I would have loved to see him explore his many and complex issues, and maybe even be redeemed. I've mentioned before that I've sucker for a good redemption story. Lore would be the perfect candidate.